By OLALEKAN AYENI – The Managing Director/Chief Executive Officer of Wema Bank Plc, Ademola Adebise, has received the Corporate Award of Excellence of Lagos Egbeda Lions Club.
The award was based on his leadership quality, efficient and effective styles in banking industries. 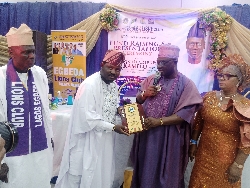 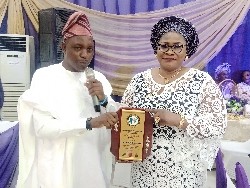 Adebise awarded alongside with his Deputy Managing Director, Moruf Oseni and the bank’s Chief Finance and Strategy Officer, Tunde Mabawonku.
The award ceremony was part of activities to installed the club’s 23rd president, Lion Oladipupo Kamilu and other officers for 2022/2023 Lions Year.
No fewer than 10 students of Nigerian Farmcraft Center for Blind in Idimu, received white canes and other domestic materials worth thousands of naira from the club at the epoch making event.
Receiving the award on behalf of the three giant strides in financial institutions, Abule Egba Branch Business Development Manager, Ransome Sanni, expressed gratitude to Lagos Egbeda Lions Club for honouring his bosses according to their roles and invaluable contributions to the the banking industry. 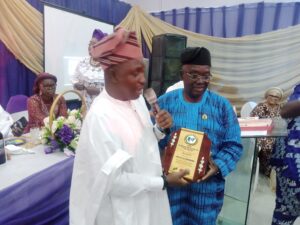 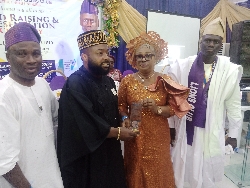 He said Wema Bank and his bosses would forever remain committed to the welfare of less-priviledges in the society.
Other awardee included Lions Members who have contributed so much to the humanitarian services in the society. Tolulope Ayodeji Sebanjo; Samson Adedokun; Ifedayo Dairo; Abdulrasheed Akorede; Alhaji S.B Akinwunmi and Alhaja Jokotade Odumosun. 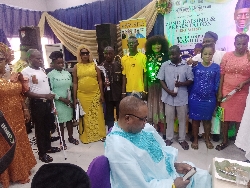